Whether local or relocating, we're here to help you through the “information gathering” and Admissions process if you choose to apply to CA. Read more...

A step-by-step guide to the admissions process.

Schedule a tour or attend our next Open House.

Applying is easy using our Online Application. We encourage families to apply online as it simplifies submission and provides parents a tool for tracking the status of their admission after submission.

Don’t worry about anything; instead, pray about everything. Tell God what you need, and thank him for all he has done. Then you will experience God’s peace, which exceeds anything we can understand. His peace will guard your hearts and minds as you live in Christ Jesus. 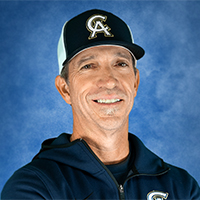 Coach Stuart is in his 32nd year of coaching.  He has coached football, baseball, and cross country in Florida, Texas, Georgia, and South Carolina. He is in his 10th year of coaching cross country.  Excited about re-starting the Cathedral Academy Cross Country team last year, and thrilled that the team competed at the SCISA State Cross Country Invitational in Columbia, SC.  Coach Stuart is an avid runner himself and will compete in his 8th marathon this spring.  When asked what he loves about coaching cross country, Coach Stuart replied, “I like the competitive nature of running. A runner that is willing to put in the time, effort, and miles, can accomplish great things in this sport and can learn a lot about themselves along the way.  Like many things in life, in cross-country, you get out of it what you put into it. The combination of hard work and being a good teammate are indicators of success for our team. 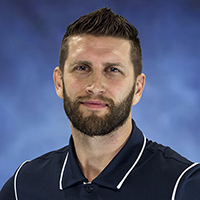 Blake Ferguson is in his fifth year as head coach of the varsity boys basketball team at Cathedral Academy. It is his seventh year coaching and Cathedral Academy overall. Blake is a former Cathedral Academy athlete who lettered in football, basketball, and soccer. Blake was the MVP of the basketball team three years and once on the football team. He also won a state championship in soccer while at the Academy. Blake went on to play college basketball at North Greenville University for four years where he earned a bachelor’s degree in marketing. Blake has accumulated 80+ wins in his first four seasons as head coach, three final fours, and made the state championship game once. Blake says that he is excited about next year’s team with three returning starters and some young talent returning.

Chris Pouyat, Coach and Coastal Select Co-Founder, has been coaching girls basketball for over 20 years. His coaching career started with rec leagues which grew into summers in college (2000-2003) coaching at various summer camps throughout the North East (Mt. St, Mary’s and Syracuse Univ. both in NY), Hoop Camp in Cosco ME, the University of New Haven in Connecticut, UMass Dartmouth in MA and Johnson & Wales Univ. in RI. In the fall of 2001, he transitioned into a student assistant for a DIII Men’s and Women’s basketball program (Johnson & Wales Univ. in Providence, RI) where he graduated in 2003 with a B.A degree in Business Management and a B.S. Degree in Finance. While finishing up his last year of undergrad, Chris took on his first head coaching position at a private catholic school in Wakefield, RI (Prout), and spent two seasons as a head coach while also coaching for an AAU program in MA (Lady Gators). Chris relocated to Charleston, SC in 2005. After working two consecutive summers with College of Charleston’s Men’s summer camp, Chris took a head coaching job in 2010 at St. John’s Christian Academy (Moncks Corner, SC) as the Varsity and JV girls coach. Chris spent five years developing a successful program with many deep runs in the state tournament and region championships. In 2015 he accepted a head coaching position at Palmetto Christian Academy (Mt Pleasant, SC) Chris was at Palmetto Christian for 3 years, where he took the team to three state tournament appearances. Reaching the quarter-finals in 2017 and the semi-finals in 2018.

In 2020 Chris will be entering his 3rd season as the JV and Varsity Girls Coach and Director of Basketball at Cathedral Academy.  In his first two seasons at Cathedral the girls program has gone 35 and 16 overall, winning consecutive region titles and reaching back to back state Final Fours.

Chris’s passion for basketball and the mentorship of young ladies is what drives him every day to provide the best coaching and guidance to each of his players.

Since 2016 Chris has been involved and has owned two different travel basketball programs.  With the overall focus of providing a high level of training, growth, and high level of competition with the overall goal of helping student-athletes become better athletes and people on and off the court.

When not coaching basketball Chris works in real estate, helping sellers and buyers.  He enjoys spending time with his daughter (Paige) and playing golf when not in the gym. 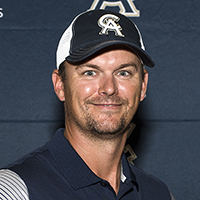 Originally from Southern California, Coach Welch is a graduate of Charleston Southern University. He is the founder of the Summerville Vapor travel baseball program that is known for FUNdamental baseball with an emphasis on FUN. Coach Welch is purpose-driven in all he does from coaching to business owner. He also owns and operates 1st Class Painting & Restoration. A blessed father of two, Zach and Mackenzie, and married to MeLinda. He has coached and instructed many players ranging in ages from 8-18. Coach says, “I’m extremely excited with the opportunity to construct and develop the Generals baseball program to a high level of baseball while exemplifying HIM on the great field of play.”